Cause analysis of motor bearing failure

Motor bearings can also be called motor bearings. They are bearings dedicated to motors. Some faults often occur in motor bearings during use, resulting in bearing damage, that is, bearing failure and abnormal operation.

Under normal circumstances, the working track of the deep groove ball bearing should be located at the bottom of the groove, but the contact marks of the inner and outer ring raceways of the faulty bearing and the steel ball are obviously slanted to one side, and the inner ring raceway and the outer ring raceway have obvious corresponding deviations. The groove wear characteristics indicate that the bearing has withstood a large axial force during operation. Larger axial force causes abnormal working position of bearing parts, abnormal friction and wear on the contact surface of the parts, generating a large amount of friction heat, increasing the internal temperature of the bearing, and deteriorating the performance of the grease, such as the accelerated volatilization of the base oil and the change of the grease Drying and hardening will reduce the lubrication performance, which will further aggravate the friction and wear inside the bearing, and the clearance will become larger. The bearing will gradually lose stability, swing, and accelerate the bearing failure. 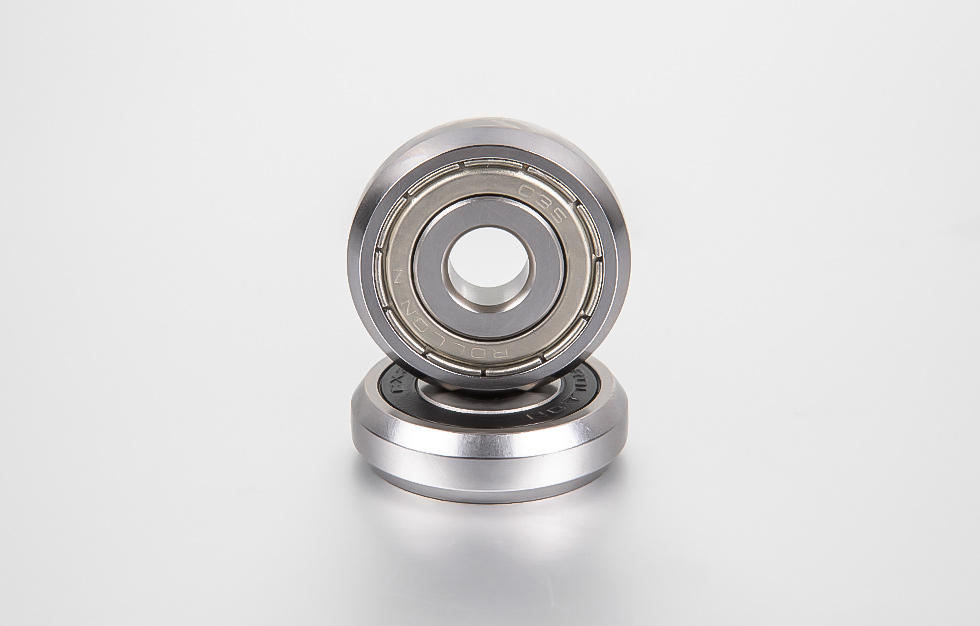 The analysis results show that the failure form of the faulty bearing is high temperature wear failure. The reason for the failure of the bearing is that it bears a large additional axial force during the working process.

0
Views: 74
PREV: 4 stages of rolling bearing failure
NEXT: Analysis of the main reasons for the fracture of wind power gear bearings