The operating environment of wind turbines is very hars […]

The operating environment of wind turbines is very harsh and the stress conditions are complex. There are many types of gearboxes for wind turbines. The following example mainly refers to the analysis of the output gear shaft fracture of the wind power speed increaser during operation. According to the appearance inspection of the gear shaft fracture, Fracture morphology, tissue inspection, etc. for analysis

The failure area is 5 consecutive teeth, of which 4 teeth are completely broken along the tooth length direction, one tooth is partially peeled off above the pitch line, and the remaining teeth have no broken teeth, and all non-working surfaces have no meshing marks; The working surface of the zone showed large-scale spalling and tooth-broken phenomenon. The rest of the working surface showed local distribution of slight pit spalling, mainly in a smooth state, and uneven meshing marks were seen on the working surface; there were no abnormal defects such as pitting on the bearing surface.

From a macro observation, three failure modes can be seen in the fracture:

②One-time rapid fracture fracture, the fracture has no obvious fatigue fracture characteristics, it belongs to large stress fracture, and the initial source of gear fracture is in the high stress area.

From the analysis of these three tooth surface failure modes, it is concluded that the failure accident of the broken tooth of the output shaft is fatigue fracture, rapid fracture failure caused by non-overload, and the source of fatigue fracture is pitting pits and spalling pits. When a small number of pitting corrosion occurs, the gear shaft can still continue to work, but as the working time continues, the phenomenon of pitting spalling will continue to increase and expand, the meshing situation will continue to deteriorate, and the wear will increase, fatigue cracks will continue to expand until the teeth break. However, the broken teeth are embedded between the teeth without cracks, and a greater impact force is generated, so that the remaining teeth near the broken teeth of the gear shaft are broken, and the gear teeth are quickly broken. 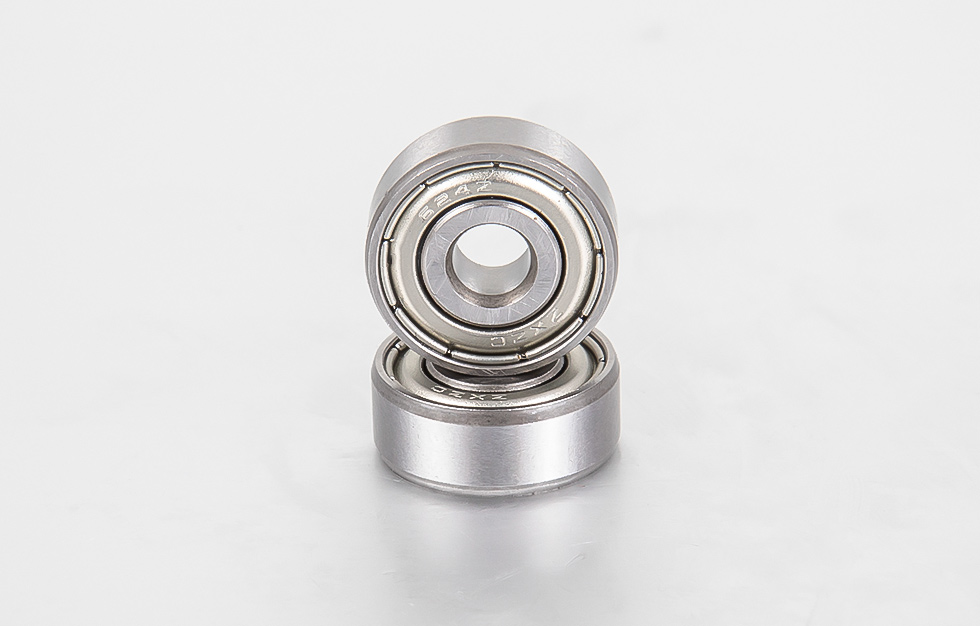 ①Metallurgical quality inspection: sampling the fractured area of ​​the gear shaft, after chemical composition quantitative inspection and microscope observation, it is found that the gear shaft meets the technical requirements and contains only a small amount of non-metallic inclusions.

②Carburizing and quenching structure: Take the fractured teeth and observe the microstructure in a metallographic microscope after grinding. It is found that the decarburized layer meets the technical requirements, and there is no fatigue fracture on the surface of the gear shaft root due to the tensile stress caused by decarburization. may. There is no visible carbide on the tooth surface of the port area, and the Paralympic ratio is about 20%. The core structure is martensite plus a small amount of lower bainite. The core hardness structure meets the requirements, and the failure is caused by non-heat treatment structure problems.

⑤ Gear shaft meshing and precision detection: The meshing traces of the gear shaft working surface mainly show three forms: one is the pitting and pits at the tooth root, and the pitch line and above are smooth.

From the point of view of the meshing condition, the meshing is poor, partially not fully engaged in the meshing in the tooth direction and the tooth height direction, local eccentric load, and uneven load distribution. It can be analyzed from the traces of the grinding streamline at the middle node line that after the speed increaser is running, this part has not participated in the meshing movement, otherwise a smooth surface effect should be produced after a stage of running-in, indicating that the load distribution is uneven and the tooth is not broken. Disturbance is caused by unreasonable design, processing or installation of the original gear pair system.

Accuracy inspection of the gear shaft found that the tooth tip was positive, while the accuracy of the matched gear revealed that the tooth tip was unbiased positive or negative. This kind of tooth profile will cause priority running-in wear in the area above the meshing pitch line. Local high alternating stress contact occurs. As the running-in progresses, the rough peaks of the tooth surface are gradually flattened, and the actual contact area increases. The hardened layer of the gear shaft tooth surface is only 0.81mm. The local wear in the area above the pitch line causes the hardened layer in the area above the pitch line to be greatly reduced. During meshing, the local high contact stress causes the maximum shear stress peak to be located greater than after wear The depth of the hardened layer will induce fatigue cracks in the subsurface layer. After the fatigue cracks are initiated, the cracks will extend parallel to the tooth surface along the direction of the maximum shear stress, and spalling pits will be formed after crushing.

One of the reasons for the unbalanced load is unreasonable design, processing or installation, low installation accuracy, and poor coaxiality; the second reason is that the tooth profile is modified and the area above the pitch line is raised, causing the gear shaft to run-in period only above the pitch line The area participates in the meshing, the wear of the tooth top increases, combined with the disadvantages of the shallow hardened layer, the probability of shallow spalling cracks is greatly increased. Two reasons result in uneven pressure distribution on the tooth surface of the gear shaft after being loaded and deformed, poor tooth surface contact, eccentric load and larger vibration, increased impact force in and out, increased contact stress, and gear teeth The greater the frictional heat generated during meshing, the result is the failure of the lubricant film, the formation of pitting corrosion and peeling, and finally the fatigue fracture of the gear teeth.

① The failure and fracture of the output gear shaft has nothing to do with the metallurgical quality, and there is no raw material defect in the fracture source area.

④Under abnormal meshing conditions, the shallow hardened layer of the tooth surface becomes one of the reasons for fracture failure.

0
Views: 384
PREV: Cause analysis of motor bearing failure
NEXT: How to detect the tightness of rolling bearing and shaft shoulder